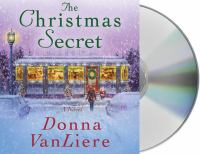 When Christine Eisley, a single mother of two, saves the life of a Wilson's department store employee, the store's owner wants to reward her. However, he is unable to find the charitable woman, mostly because Christine was forced to relocate after losing her job. Now, the owner's grandson, Jason, begins a long, life-changing search to find Christine.