Winter's tale : how one little dolphin learned to swim again 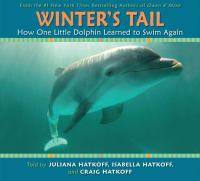 Describes the rescue and rehabilitation of a young Atlantic bottlenose dolphin who received an artificial tail after being badly injured when caught in a crab trap.