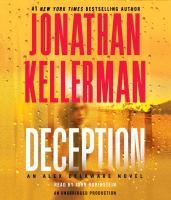 When a DVD discovered near Elise Freeman's decomposing corpse sheds insight on her yearlong torture and eventual murder, detective Milo Sturgis calls on the help of his longtime friend Dr. Alex Delaware. As they examine the evidence, Alex and Milo home in on the prime suspects: three teachers from the prestigious Windsor Academy. However, as the investigation continues, Alex discovers that solving Elise's murder will barely crack the surface in the scandalous world of the Los Angeles elite.