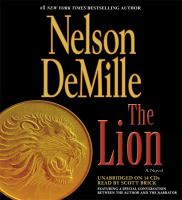 Libyan terrorist Asad Khalil, known as the Lion, returns to the U.S. to take care of unfinished business, and the only man who can stop him is John Corey, a special agent for the NYPD's Anti-Terrorist Task Force.