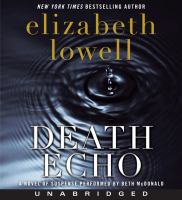 Former CIA agent Emma Cross and former special ops team leader MacKenzie Durand fight their growing attraction to each other as they race to locate the missing yacht "Blackbird" and its cache of lethal cargo. They've got seven days to uncover the truth . . . or a major American city will be lost.