Bats to the rescue! 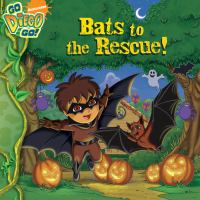 Book
It's Halloween and Diego and Alicia are throwing a party. Everyone's there, including Freddie the Fruit Bat. But where is Linda, the llama who's bringing the treats for the party?