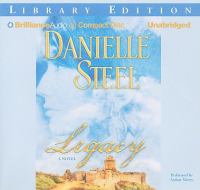 This centuries-spanning novel interweaves the lives of two women: a writer working in the heart of modern academia and a daring young Sioux Indian on an incredible journey in the eighteenth century. The result is a story of courage in the face of the unknown.