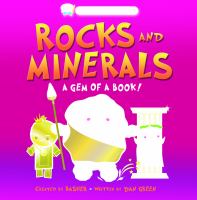 Book
Mixes science and art to bring the world of geology to life, with wacky characters to explain the things that form the foundations of our planet including rocks, gems, crystals, fossils, and more.