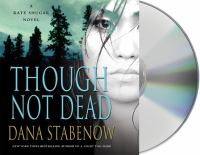 When Kate's Uncle Sam suddenly dies, she inherits a secluded homestead in mining territory and a letter that simply asks her to find his father. Sam's father mysteriously disappeared, along with a valuable artifact. What starts as a simple investigation quickly turns sour as Kate finds herself dodging bullets, literally.