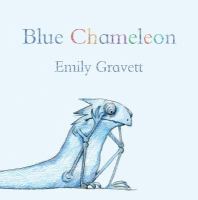 Book
"The lonely chameleon is blue. Even though he tries to fit in by changing color and shape, neither the swirly snail, the green grasshopper, nor the spotty ball wants to be his friend. But there must be someone just like him..."--Jacket.