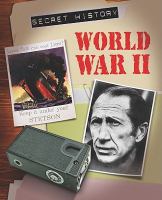 Book
"This high-interest series, aimed at reluctant readers, looks at secret campaigns behind the major conflicts of the past 100 years. Biographical sidebars focus on heroic or notorious personalities. Highlighted fact features include special operations and their results, resistance movements, propaganda and the history of the time - as is known....and not readily known"--Provided by publisher.