Art of the Japanese gardens 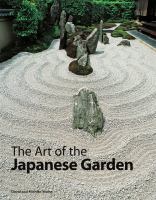 Book
Japanese gardens are rooted in two traditions: an indigenous prehistoric tradition in which patches of graveled forest or pebbled beach were dedicated to nature spirits, and a tradition from China and Korea that included elements such as ponds, streams, waterfalls, rock compositions, and a variety of vegetation.