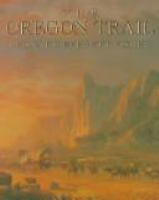 Charts the journey of those who followed the Oregon Trail in the first half of the nineteenth century, describes the obstacles and dangers they encountered, and discusses the Trail's eventual decline with the introduction of the cross-country railroad.