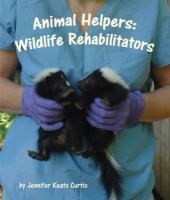 Book
The book takes readers "behind the scenes" at four different wildlife rehabilitation centers, where animals are nursed back to health and released back into the wild when possible. Includes "For Creative Minds" educational section.