The Beatles : leading the British invasion 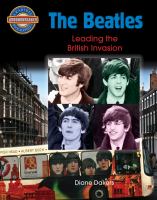 Book
Chronicles the story of the British band through its sensational successes of the 1960s and the four solo careers its breakup spawned in 1970, looking at the band's formation and how its music defined a generation.