A tap on the window 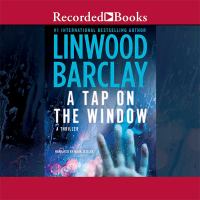 "It's been two months since private investigator Cal Weaver's teenage son Scott died in a tragic accident.... driving home one night, a girl drenched in rain taps on his car window and asks for a ride. Even though he knows a fortysomething man picking up a teenage hitchhiker is a fool, he lets her in.... Now Cal is drawn into a nightmare of pain and suspicion. Something is horribly wrong in the small town of Griffon in upstate New York. There are too many secrets there, too many lies and cover-ups. And Cal has decided to expose those secrets, one by one...."--