I am Abraham Lincoln 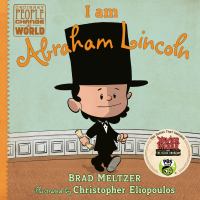 Book
Follows Abraham Lincoln from his childhood to the presidency, showing how he spoke up about fairness and eventually led the country to abolish slavery.