The son : a novel 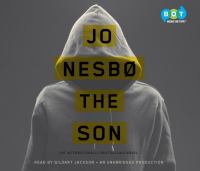 The author of the internationally best-selling Harry Hole series now gives us an electrifying stand-alone novel set amid Oslo's hierarchy of corruption, from which one very unusual young man is about to propel himself into a mission of brutal revenge.