Reckless : the racehorse who became a Marine Corps hero 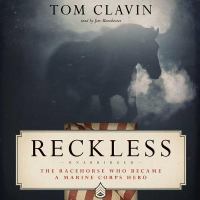 CD Audiobook
Describes the story of a Korean race horse who was sold to an American Marine and trained to carry heavy loads of artillery up steep hills while under fire and whose perseverance and spirit inspired the entire corps during the Korean War.