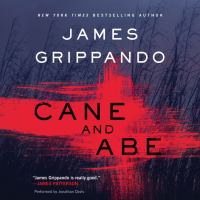 Samantha died too soon. Abe Beckham's new wife has helped him through the loss, but some say it was a step back to marry Angelina, a love from Abe's past. Abe doesn't want to hear it, and through the ups and downs, he's even managed to remain a star prosecutor at the Miami State Attorney's Office. Then everything goes wrong. A woman's body is discovered dumped in the Everglades, and Abe is called upon to monitor the investigation.