Ladybug Girl and the best ever playdate 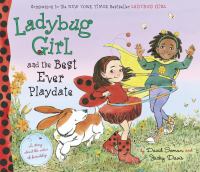 Book
Lulu is excited to play with the toy that her best friend Finny brings over, but when the toy loses a wheel and fixing it becomes a game in itself, Lulu realizes that it's even better to play with Finny.