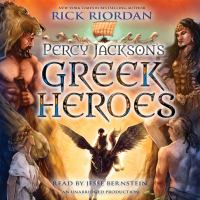 Who could tell the stories of the gods of Olympus better than a modern-day demigod? In this whirlwind tour of Greek mythology, Percy Jackson gives his personal take on the gods and goddesses of Ancient Greece, and reveals the truth about how they came to rule the world.