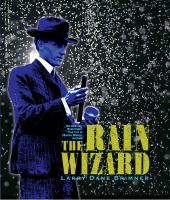 In 1915, the city of San Diego hired "rainmaker" Charles Mallory Hatfield to save their city from a drought, but when the town experienced one of the worst floods they ever had they refused to pay Hatfield for his services.