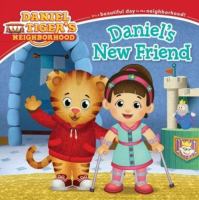 Book
After he meets a new friend, who likes to play similar games and loves the same color, Daniel notices that she walks with braces on her legs, but he soon realizes that though she walks differently from him, they are the same in many other ways.