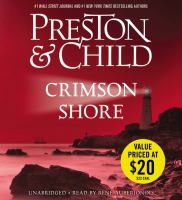 Special Agent Pendergast takes on a private case in Exmouth, Massachusetts - a quaint village on the coast north of Salem - to investigate the theft of a valuable wine cellar. He travels to the seaside town with his ward, Constance Green, where they quickly discover something far more sinister: a bricked-up niche in the wine cellar that holds the remains of a man, tortured and then entombed alive 150 years ago.