Avenue of mysteries : a novel 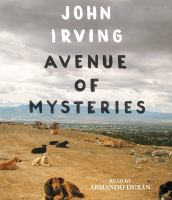 While on a pilgrimage in the Philippines to fulfill a promise to a childhood friend, the elderly Juan Diego revisits his early years in Mexico, the memories of which still haunt him.