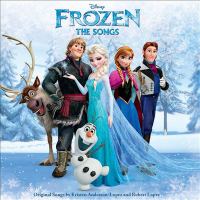 One of the biggest animated films of all time delivers a new collection featuring ten of its most popular songs, including the Academy Award-winning Let It Go as well as Do You Want to Build a Snowman.