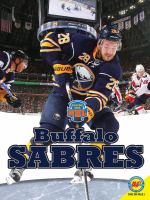 Book
Did you know that the Buffalo Sabres chose to use the Canadian spelling of the word "saber" as a tribute to their northern neighbors? Since being founded in 1970, the Sabres have made more than 25 playoff appearances. Learn more interesting facts about this effective franchise.