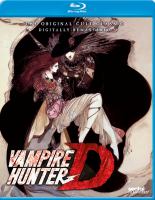 For 10,000 years, Count Magnus Lee has walked the night, sustained by an unholy thirst for blood and an unending lust for human women. But when he tastes the sweet nectar running through Doris Lang's veins, the Count knows he has found more than his next meal: this is the woman he intends to claim as his next vampire bride. As the daughter of a werewolf hunter, however, Doris Lang is less than willing to step into the thrall of evil.