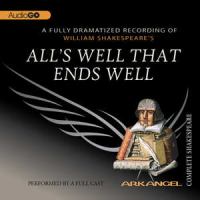 Helena, physician's daughter, cures the deathly ill King of France and receives Count Bertram as her reluctant husband as reward. Helena devises a plan to win her husband's favor and to expose Parolles as a sham.