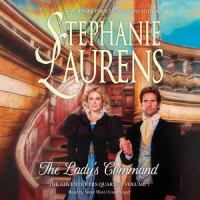 Marrying the seemingly delicate Lady Edwina Delbraith, Declan Frobisher discovers that his new bride is unconventional and strong-willed after she accompanies him on a secret mission that leads them to unexpected enemies--and love.