Rightful heritage : Franklin D. Roosevelt and the land of America 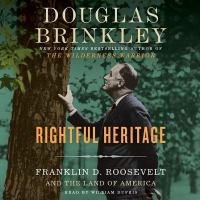