Bring me a rock! 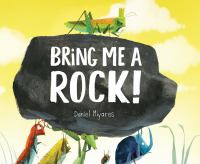