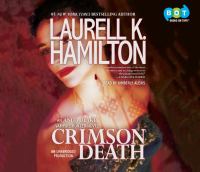 When Damian--Anita's sometimes lover, servant, and friend--is kidnapped, Anita heads to Ireland. There she must face off against the vampire who created him. M'Lady, Moroven, Nemhain...under every name she brings terror and destruction. But Anita brings her own weapon to the party: Edward, the man known as Death itself.