The most perfect snowman 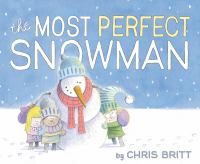 Drift is a very plain snowman who dreams of wearing a stylish had, a scarf, mittens and a carrot for a nose, just like the other snowmen. One day his deepest dreams come true, but when a blizzard rolls in, can Drift face giving up the things he loves to help his friends in need?