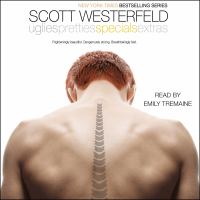 Available as a download from OWWL2go with a valid OWWL borrower card.
After being captured and surgically transformed into a "special," teenaged Tally Youngblood, now a government agent programmed to protect society from outside threats, is ordered to eliminate the rebel colony New Smoke, Tally's former home.