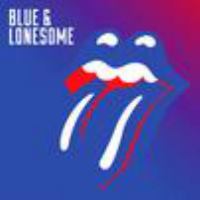 Recorded in just three days in London, England, the album takes the band back to their roots and the passion for blues music which has always been the heart and soul of The Rolling Stones.