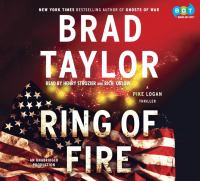 A chilling terrorist plot is about to unfold in the United States, one involving simultaneous attacks across multiple locations in America. It will be up to Pike Logan, Jennifer Cahill, and the Taskforce to prevent the threat from becoming a terrifying reality.