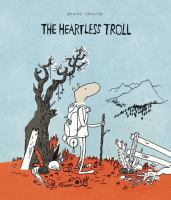 Follows the adventures of a seventh son of a king who goes in search of his six brothers before climbing a mountain, meeting a captive princess, and confronting a troll who has hidden his own heart.