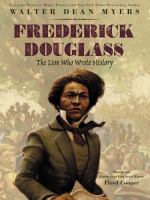 Frederick Douglass was a self-educated slave in the South who grew up to become an icon. He was a leader of the abolitionist movement, a celebrated writer, an esteemed speaker, and a social reformer, proving that, as he said, "Once you learn to read, you will be forever free.".