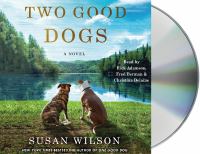 Single mom Skye Mitchell has sunk her last dime into a dream, owning the venerable, if run-down LakeView Hotel in the Berkshire Hills. It's here where she believes she'll give her fourteen-year-old daughter Cody a better life. But being an innkeeper is more challenging than she imagined, and Cody still manages to fall in with the wrong crowd. In addition, Cody is keeping an earth-shattering secret that she's terrified to reveal. The once loving, open girl has now become completely withdrawn, and Skye is both desperate and helpless to reach her. When Adam March and his pit bull Chance check into the hotel, it becomes the first of many visits. Here in these peaceful mountains he finds an unexpected relief from his recent bereavement. He and the beleaguered innkeeper form a tentative friendship. Adam knows the struggles of raising a difficult teenager and Skye understands loneliness. And then there is Mingo, a street kid with a pit bull dog of his own. When Cody discovers an overdosed Mingo, Adam takes the boy's dog not just for safekeeping, but to foster and then rehome. But the dog isn't the only one who needs saving. A makeshift family begins to form as four lost people learn to trust and rely on each other, with the help of two good dogs.