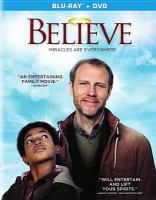 When Matthew Peyton inherits the family business, the responsibility of the Christmas pageant also falls on his shoulders. But as financial hardships fall on the town, Matthew finds himself overwhelmed. As his business profits plummet and his workers begin to strike, Matthew is forced to make a decision between selling the family business and canceling the beloved pageant or sticking out hardships despite his rapidly declining popularity in the community.