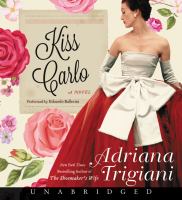 It's 1949 in south Philadelphia. Diligent, hard-working, and proud, the Palazzinis have built a solid life for themselves and their three sons. Now that World War II is over, their sons, each one a decorated veteran, have returned home to the family cab company, to rejoin their world as it was before they left. But their future and fortunes are forever changed by a telegram, and the nephew who delivers it.