Hockey : then to wow! 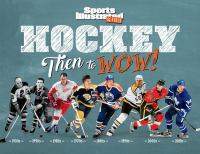 A look at the history of hockey shows the evolution of the sport from its nineteenth century origins to today, and examines such aspects of hockey as goalie masks, uniforms, arenas, fighting, and pucks.