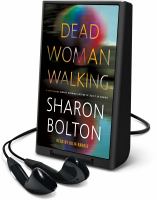 "Just before dawn in the hills near the Scottish border, a man murders a young woman, an act that is witnessed by thirteen people directly above them in a hot-air balloon. A short while later, after a furious chase, the balloon crashes, killing nearly everyone on board. There is just one survivor. She's seen the killer's face -- but he's also seen hers. And he won't rest until he's eliminated the only witness to his crime. Alone, scared, trusting no one, not even the police, forced to leave behind her sister lying dead in the ruins of the crash, she goes on the run. But with the killer on her trail, it becomes a race against the clock to find sanctuary. Before the chase is over, it may not be only her life at risk."--