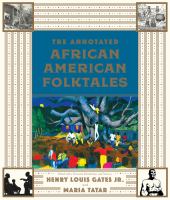 A treasury of dozens of African-American folktales discusses their role in a broader sophisticated, complex and heterogeneous cultural heritage, sharing illuminating annotations and illustrations complementing such classics as the Brer Rabbit stories, the African trickster Anansi and out-of-print tales from the late 19th-century's Southern Workman.