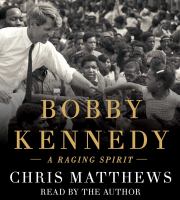 Drawing on extensive research and interviews, Matthews pulls back the curtain on the public and private worlds of Robert Francis Kennedy. He shines a light on all the important moments of his life, from his early years and his start in politics to his crucial role as attorney general in his brother's administration and his tragic run for president.