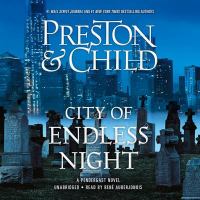 The murder of Grace Ozmian first seems like an isolated case, but it quickly becomes clear that a diabolical presence is haunting New York City. It'll take all of Pendergast's skill to unmask this most dangerous foe, let alone survive to tell the tale.