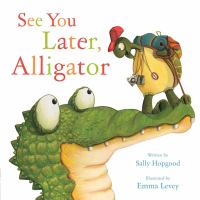 When Tortoise decides to go and see the world, he has to say "see you later" to the alligator, "toodle-ooh" to the kangaroo, and offer other farewells to the other animals, until the gates to the zoo are about to close.