The industrial revolution : the birth of modern America 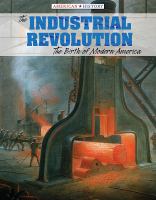 Book
During the Industrial Revolution, millions of Americans moved from farms to cities in search of work in new factories. This shift from an agricultural society to an industrial society was monumental, shaping the United States into the nation it is today.